"Now" and Jim Rakete on cinema tour in Hamburg

Cult photographer Jim Rakete presented his committed documentary "NOW" in person yesterday, 25 August 2021, at the Hamburg premiere at Zeise Kinos. His committed cinema debut about young climate activists reminds us of the need for a green transition at exactly the right time, shortly before the federal elections. Other special guests were the Hamburg climate activist Marc Buckley, who is a protagonist in the film, and distributor Stephan Winkler from W-film. From today, 26 August, "NOW" can be seen in cinemas nationwide. 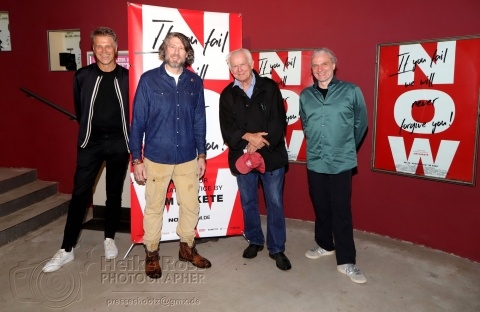 What is the climate documentary "NOW" about?

"If you fail, we will never forgive you!" Angrily, the generation of young climate rebels appeals to the common sense of adults and makes 2019 the year of their protest. The reason: the future of all of us is threatened by global warming. The Paris Climate Agreement of 2015? A hollow phrase, if they have their way! The Swedish schoolgirl Greta Thunberg is rising to become the leading figure of a worldwide movement that is shaking up the general public with civil disobedience, strikes and demos and is rapidly gaining influence. Governments are finally taking notice. Director Jim Rakete asks some of the most prominent faces of the climate rebellion about their motives. He infects us with their tremendous energy and thirst for knowledge. They all have their goals clearly in mind. Because whatever has to happen, it has to happen now!